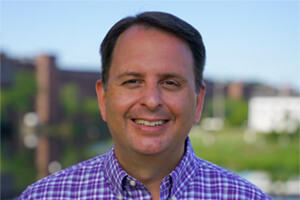 Dr. Liberatore, aka “Dr. Franco” grew up in the residential neighborhood of Mill Basin, Brooklyn, NY. His parents were immigrants from the Abruzzo region in Italy. To kickstart his undergraduate career, he attended St John’s University in Queens, NY. He later graduated from Tufts University School of Dental Medicine and completed his AEGD from SUNY Stony Brook and began practicing in Staten Island, New York in 1995. In 2002, he decided to move to Italy where he practiced until the spring of 2010. After a wonderful eight year experience in Italy, Dr. Liberatore returned to the United States and chose to settle in Nashua, New Hampshire.

Dr. Franco has taken extensive continuing education courses over his career. He has attended The Dawson Academy for Advanced Dental Studies and The Pankey Institute. Two internationally renowned institutions for advanced studies in Dental Education. His focus is on the treatment of the whole patient. He enjoys all aspects of general dentistry and believes that the prevention of disease is the best service that one can provide to their patients.

Dr. Liberatore is married to his wife Francesca since September 2007. Dr. Liberatore and Francesca have two children, Leonardo and Maria. Most of his free time is gladly spent helping his children with their various activities and sports. In addition, along with several of his alumni brothers in the area, they are mentors to undergraduates of Alpha Phi Delta Fraternity at several area universities. Dr. Liberatore is a big fan of St. John’s Red Storm basketball. He also likes to travel and play golf. He resides in the north end of Nashua.